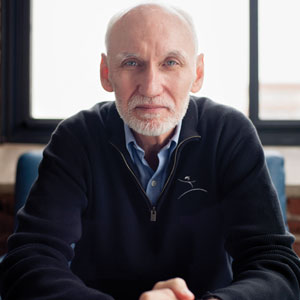 The diverse set of organizations that we get in touch with, here at Lean Enterprise Institute are always instructive, and this presents a chance for us to learn from the occurrences of varying processes. The prime goal, however, is managing the workflow and finding ways to improve the organizational efficiency. Flow can be described as an uninterrupted movement, in a desired direction. Applying this to value is what provides the organization with desirable results in terms of the workflow. A common trend evidenced by the manufacturing world is the aim to automate and oust human errors, by eliminating their presence altogether—with the aid of robotics and AI. But with time, efforts have started shifting toward developing capability within humans, even though it is taxing. The prominent objective is to think of people as an asset so that they can be leveraged to generate competitive advantage. A common error in methodology is the focus on shortening lead time. The focal point is the process itself, rather than finding ways on improving it. The ideal flow of processes involves developing flow, improving the workflow and then developing the competence to progress workflow. In effect, it is a second-order level of capability development that the IT industry managers are moving toward.

A common tendency seen in the IT industry is the emphasis on hiring the right people, rather than developing capability amidst the human capital—a matter of acquisition, as opposed to development. But leading firms are slowly changing their stances, from acquiring better talent to generating talent and focusing on their growth. This has many benefits for the organization; apart from becoming better acquainted with their work, the employees become more engaged and loyal toward the company. The recruitment costs of talent acquisition are particularly high in companies that are in their growing stages or present in a competitive geographic location. Instead of this, emphasizing on the internal functionality of the company, by hiring employees that have potential to build on their capabilities, and further developing their skills is a more optimal solution. With regard to the ideal approaches to help develop people, many companies like to outsource. Some firms train both employees and managers, which calls for a higher order of development. Often, coaching is considered a good way to help develop managerial skills in the workplace; as employees engage in their work, they are being developed. Some companies adopt the long-term practice of dual-programming that has proven advantageous; this involves individuals within the organization, helping each other to develop particular skill sets. Furthermore, encouraging employees to identify problems and seek opportunities for help promotes an entirely new way of functioning within the organization.

Employees within an organization are often promoted based on their technical ability. Oftentimes, this leaves them stuck in a rut; as they lack the obvious managerial skills that come with a higher position. This is even worse when they are assigned the task of developing capabilities within the organization. Having a technical person manage their workflow is a much easier task than assigning them to help develop human resources. As companies promote employees from technical to managerial roles, there is an ever-growing need to have mechanisms in place, from where they may acquire the required set of skills. Most companies include this step of assessment before promoting them. It is essential to make the need for these capabilities explicit to potential managers; the second-order of capability development in managers that is crucial. Smart firms have already incorporated this principle into their workflow. Two countries that possess admirable traits with regard to developing organizational capability in human resources are Germany and Japan. They both still practice the age-old concept of apprenticeship, where the role of a leader is to identify the weakness of an organization. Further, the responsibility of being prepared to offer the required mentorship, as and when required by the employees is practiced. It all boils down to generating greater workflow and working on the progression of the human asset.

Restructuring Workflow to Drive Out Efficiency

It is essential to recognize the lean-thinking emphasis and methodologies worth adopting that can help the human capital grow. This can lead to growth in a sustainable manner, but also build an increase in capability, rather than stretching itself out, to the point of breaking. Often companies in the IT arena face challenges of growth in the initial stages. One such IT company, Ci&T, headquartered in Brazil was smack dab in the middle of its growing stage and making its way through the U. S., when it began experiencing the external pressure. By evaluating their internal functions, they began developing their human capital, in both problem-solving and mentoring skills simultaneously. They also put in place, a means by which the employees could signal their team leaders, whenever assistance was required. Their primal focus was on encouraging employees to raise their hands when in need and creating a problem-solving capability, which resulted in success with regard to the overall efficiency of the company.

Leading firms should begin nurturing a culture that understands the capabilities required within the organization to become more efficient. Rather than focusing on niche processes, the spotlight must be on the better development of internal capabilities with regard to human capital; after all, it is the only asset that truly appreciates. Developing this asset provides an enduring competitive advantage in any market sector and is a trend that will take off in the years to come.