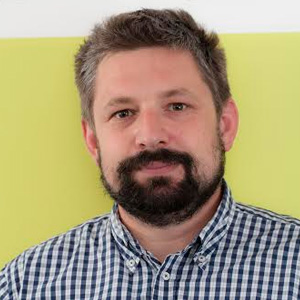 Recently, representatives of the German Industrie 4.0 platform and the Industrial Internet Consortium (IIC) agreed to cooperate in facilitating the future interoperability of systems and the joint use of test environments for cyber-physical systems (CPS). As the IIC also maintains a close relationship to the Object Management Group (OMG), the question now arises as to whether existing OMG standards can be applied when implementing CPS. Experience has shown that using already-existing standards is usually the easier route due to existing access to proven tools and technologies. This article reveals the opportunities that could be leveraged in applying the OMG standards to CPS.

Using the RAMI 4.0 reference architecture model, Germany’s “Industrie 4.0” Industrial Internet of Things platform has created a reference model into which standards and implementation solutions for an Industrial IoT scenario can be integrated. This model uses three dimensions and three axes (see Fig.1):

Functionality hierarchy: How are the various IT systems ordered in terms of hierarchy? From networked world to “smart“ product.

An abstraction hierarchy is composed of layers. Similar layers exist for networks (OSI/ISO layer model). Any one layer accesses the layer below it using interfaces; they do not access multiple layers directly.

Founded in 1989, the Object Management Group (OMG) is a consortium of over 800 members that handles the development of internationally-recognized standards for non-industry-specific, cross-system object-oriented programming. As all functions and communication in a cyber-physical systems environment are software-driven, this makes software a key factor in ensuring successful implementation, which is in turn a good reason to take a good look at the OMG standards. Moreover, OMG is not the only organization creating software development standards; the past several years have seen standards created for the specification of mechatronic systems, requirements management or business process modeling.

Below is an attempt to classify which existing OMG standards can be applied to cyber-physical systems. This dynamic field is constantly changing and developing, and stopping short of attempting to provide a completely comprehensive overview, the goal here is to initiate discussion on the implementation of OMG in key areas of CPS and to offer a first impression of what is already available today.

One of the most important RAMI 4.0 layers is Communication. This is where mainly Internet technology is to be used, which is why the term “Internet of Things,” or IoT, is often taken when referring to CPS. 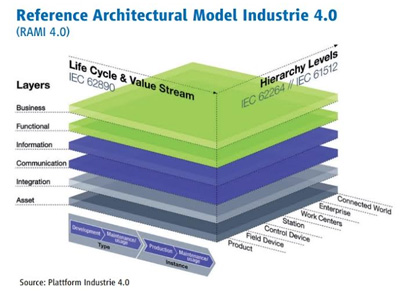 Figure 1: The German Industrie 4.0 platform’s Reference Architecture Model (RAMI 4.0) has created a reference model in which standards and implementation solutions for an Industrie 4.0/CPS scenario can be classified

Traveling further along the hierarchy axis toward Product, one begins to deal with production systems on a field level that, to a certain extent, uses a variety of technologies. Let’s take implementation technology, for example: If one system has been programmed with C++, another can be realized with the help of Java. In order to establish platform-independent communication, a suitable exchange layer (middleware) is needed. While OPC Unified Architecture (OPC-UA) is often named as a suitable standard, another technology exists in the OMG standards environment that addresses cross-platform communication— The OMG Data Distribution Service (DDS). This middleware is heavily used in the military to couple diverse systems with one another. The DDS standard allows the sending and receiving of data across platforms in real time, and additionally offers a comprehensive quality of service. This insures that all data is also truly received by the user. Existing IP networks are used as a communication medium. DDS is therefore a viable alternative to OPC-UA.

When, on a higher level, more than mere communications need to be exchanged, that’s when the OMG ReqIF standard comes into play. ReqIF stands for Requirements Interchange Format and is an XML-based data format that was originally conceived to facilitate the exchange of requirements between various requirements management tools and systems. This data format has such a universal and open concept that it allows the exchange of virtually any development and production data. Therefore, ReqIF can also be well-applied in CPS to distribute data on a higher level between suppliers, manufacturers and customers. 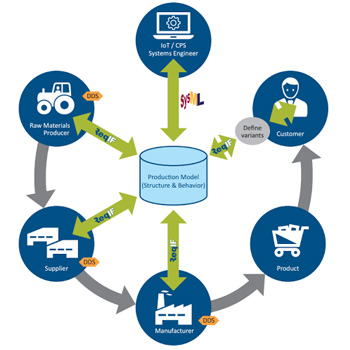 Figure 2: The diagram below classifies the above-mentioned OMG standards within the context of Industrie 4.0/CPS

The production chain, machinery and production steps are defined on another level in RAMI 4.0. An OMG standard is offered that, with the help of graphical representations, enables the structural and behavioral specification of mechatronic systems—The Systems Modeling Language (SysML). This graphic modeling language is implemented today for the development of complex technical systems. It facilitates the definition and representation of a system’s architecture, behavior and textual system requirements. As the emerging graphical models are stored in a database, all model elements can also be placed into relationships to reveal cross links. This graphical representation even allows easy, intuitive access to such content.

CPS production chains and factory floors can also be designed with the help of SysML. Through behavior modeling, it can also facilitate the definition of product state to be captured throughout the manufacturing process. SysML would certainly be assigned in RAMI 4.0 to the functional layer, and possibly on the information layer as well.

For the business layer, OMG provides Business Process Model and Notation (BPMN). Like SysML, BPMN is a graphical modeling language, whereby here the focus is on business process modeling. Using modern software tools, both languages can be used and combined within the common data pool that serves as a comprehensive source of information for CPS production. Furthermore, the modeling languages are extendable so that so-called domain knowledge can be packed into the model. This additional information in the model database is necessary to ensure an extensive supply of participating systems and actors. Readily-available modeling tools, such as Enterprise Architect by Sparx Systems, support such extension technologies.

The described OMG standards are shown in Figure 2, ordered in the context of CPS. A centralized data model constitutes a production model into which all involved systems can introduce, or from which they can call, for example SysML or BPMN data. This data model can even be implemented in a cloud-based data cluster. The exchange of data on higher levels is carried out with ReqIF files, communication within the machine layer via DDS.

The illustration also shows a definition of product variants. In the case of CPS this mainly has to do with the creation of individualized products with mass-production means. To achieve this, the product variant to be manufactured must also be somehow defined. “Feature-Oriented Domain Analysis (FODA)” is conceivably a very well-suited method. This approach was developed in the early 1990s at the Carnegie Mellon University and is also known as Feature Modeling. Indeed, for this there currently exists no standard, whether from the OMG or another source. Feature Modeling is, however, a de-facto standard in the handling of variants.

The OMG standards hold great potential for the fulfillment of real CPS scenario requirements using standards and proven implementations that already exist. Furthermore, the wealth of OMG standards supports plenty of solutions to fill a number of RAMI 4.0 layers. Finally, the key task remains to decide on common standards so that the setup of a CPS production can one day be as simple as international telephony is today.

Quality Engineers: How To Stay Relevant?

The End Of An Era What Youneed To Know For A Cookie Less Future In...

Simulators Are The New Way To Extend Beyond Virtual Reality

Scott McMillan – Manager of Technology and Innovation at Melbourne Water